How to liven up your teaching at school? Using the IoT Kit

Liven up your teaching of physics, IT or biology with the IoT Kit, which enables kids to program their own smart devices. We will advise you on how to do it.

To awaken pupils' interest in a subject is the Sisyphus lot of every teacher. The easiest way is to show children in a fun way how a phenomenon works in practice. That's what the Big Clown IoT Kit lets teachers do - pupils can easily build smart devices to measure centrifugal force, pressure, CO2 or temperature. Read tips for teachers on how to use modern technology to liven up the teaching of IT, physics, biology or even PE.

Using the Big Clown IoT Kit, pupils assemble and program hardware to create smart home projects. They do not need any previous knowledge of programming to do this - the kit serves as a stepping stone into the world of technology.

The IoT Kit is therefore a powerful tool for teachers. They no longer have to worry about how to arouse interest in the curriculum. In addition, it's not just a matter of IT - with the IoT Kit, the basic principles of atmospheric pressure can be presented to children even by a physics teacher who has never programmed a single line of code in their lives. Moreover, thanks to the box, you can support the overlap between subjects and combine, for example, biology with IT. 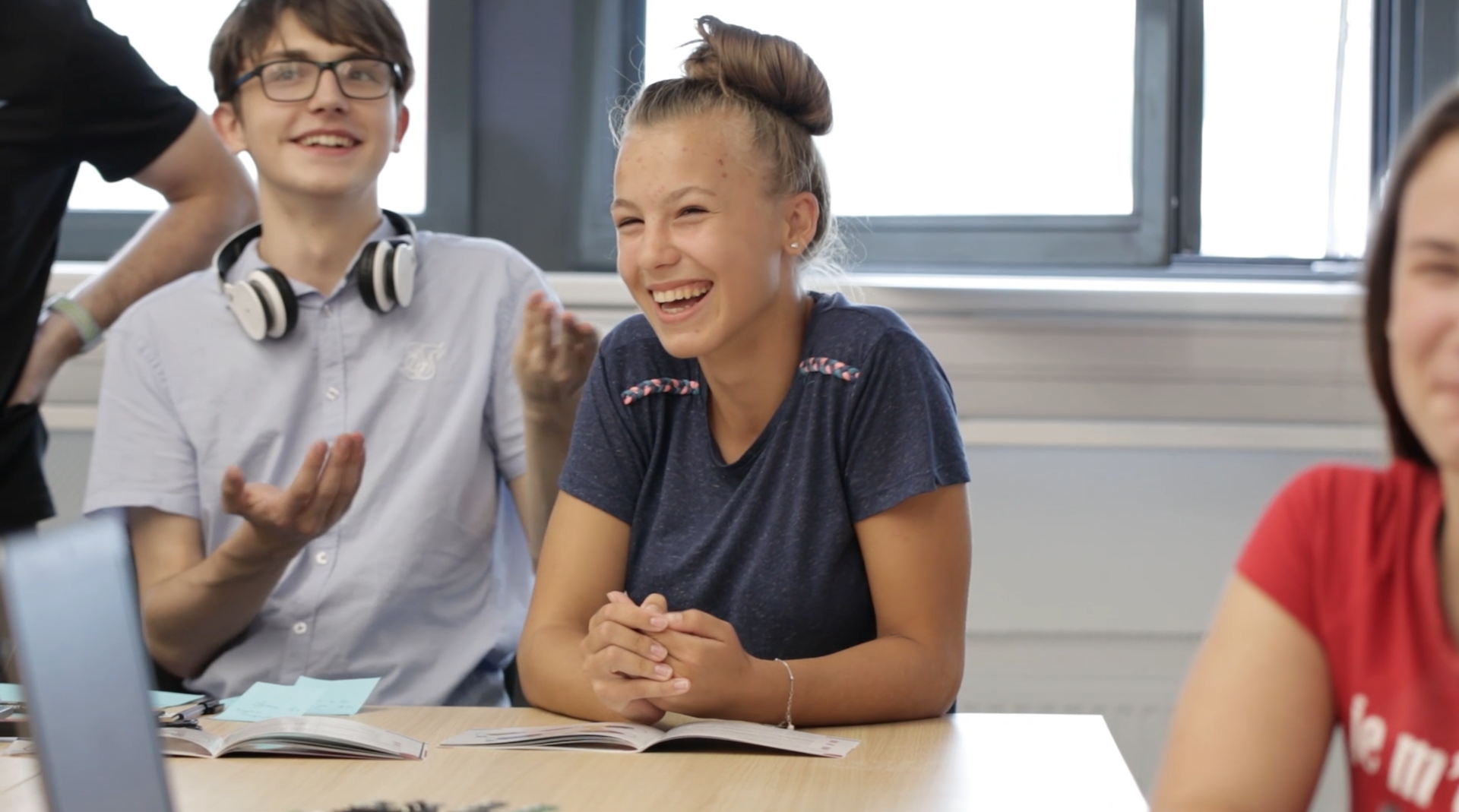 The HARDWARIO Kit allows anyone to build a smart device to measure physical quantities. For example, you can show pupils how to measure:

Every HARDWARIO IoT Kit has a built-in temperature measuring module. Connect the box to the computer and the classroom temperature and its changes are immediately displayed in the freely available HARDWARIO Playground software. This allows your pupils to experiment with temperature and in practice check how it works. They will find out what happens when they put the box in a freezer, blow into it, or put it under a shining bulb.

With the Climate Monitor Kit, pupils use the same principle to measure, for example, luminosity or atmospheric pressure. You can take the box outside or take it to the laboratory for a physics class and measure quantities under different conditions.

When it comes to centrifugal force, pupils can create a smart spinning top by following our tutorial. A simple program turns the box into a game, whereby kids compete to find out who can spin the box the longest. The box records the spinning time using the built-in accelerometer. The time that other competitors must overcome is displayed on a computer. Real learning through play! 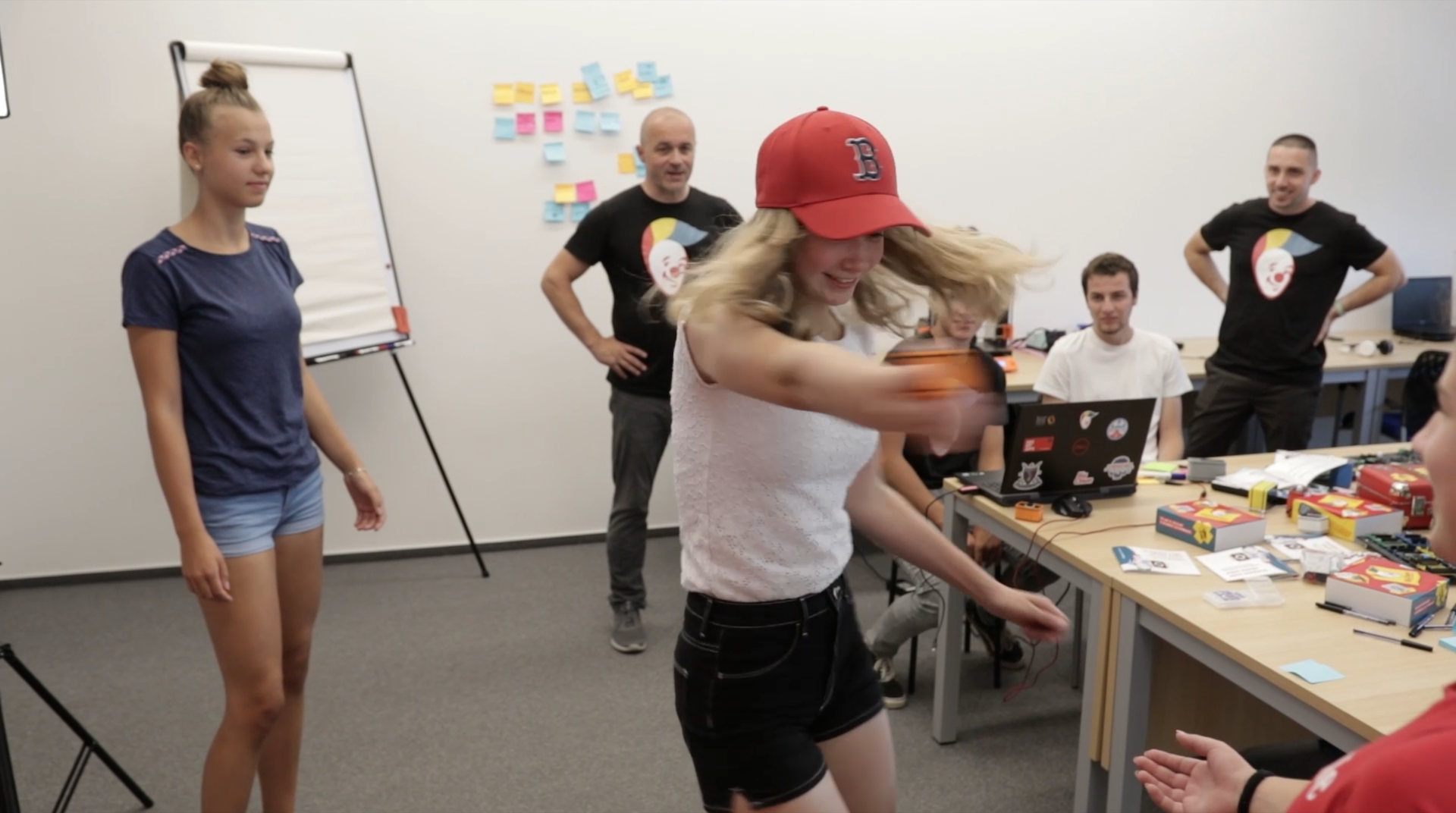 Explaining the principle of carbon dioxide to pupils in such a way that it doesn’t end up as just a few boring lines in their workbooks can be a chore. However, if you use the CO2 Monitor Kit to help, you can show them how carbon dioxide works in practice. When connected to a computer, the box displays the current CO2 level in the area. As a teacher, you can easily show your pupils how the level of carbon dioxide changes when you open windows in an airless classroom or outside in front of school, for example, compared to the interior.

With the CO2 Monitor Kit, pupils can also measure temperature, air humidity and atmospheric pressure, which, in addition to biology, is also useful in physics. Beyond the classes, you can also use it purely as a CO2 detector to see if the kids are studying in an ideal environment or whether they need more fresh air. This will improve their concentration levels in class.

IoT technology in teaching IT

The fastest way to get your pupils interested in programming is to let them create their own project. This could be a website, a computer game, or, thanks to the HARDWARIO IoT Kit, their own smart device. They build hardware with their own hands and program its functions. They do this in the HARDWARIO Playground software, which uses the simple programming language Node-RED.

It works on the flow-based principle. Kids drag nodes (with commands) to an open desktop in the middle of the screen and connect them to each other (they do not have to write the code by hand). Thanks to this, they learn the basic principles of programming in practice, and create real everyday devices, such as a doorbell or motion detector, from the box right away.

As inspiration for beginner programmers, we have prepared a lot of projects with detailed instructions to help them build and program various inventions. With their help, you can also program directly in the classroom. 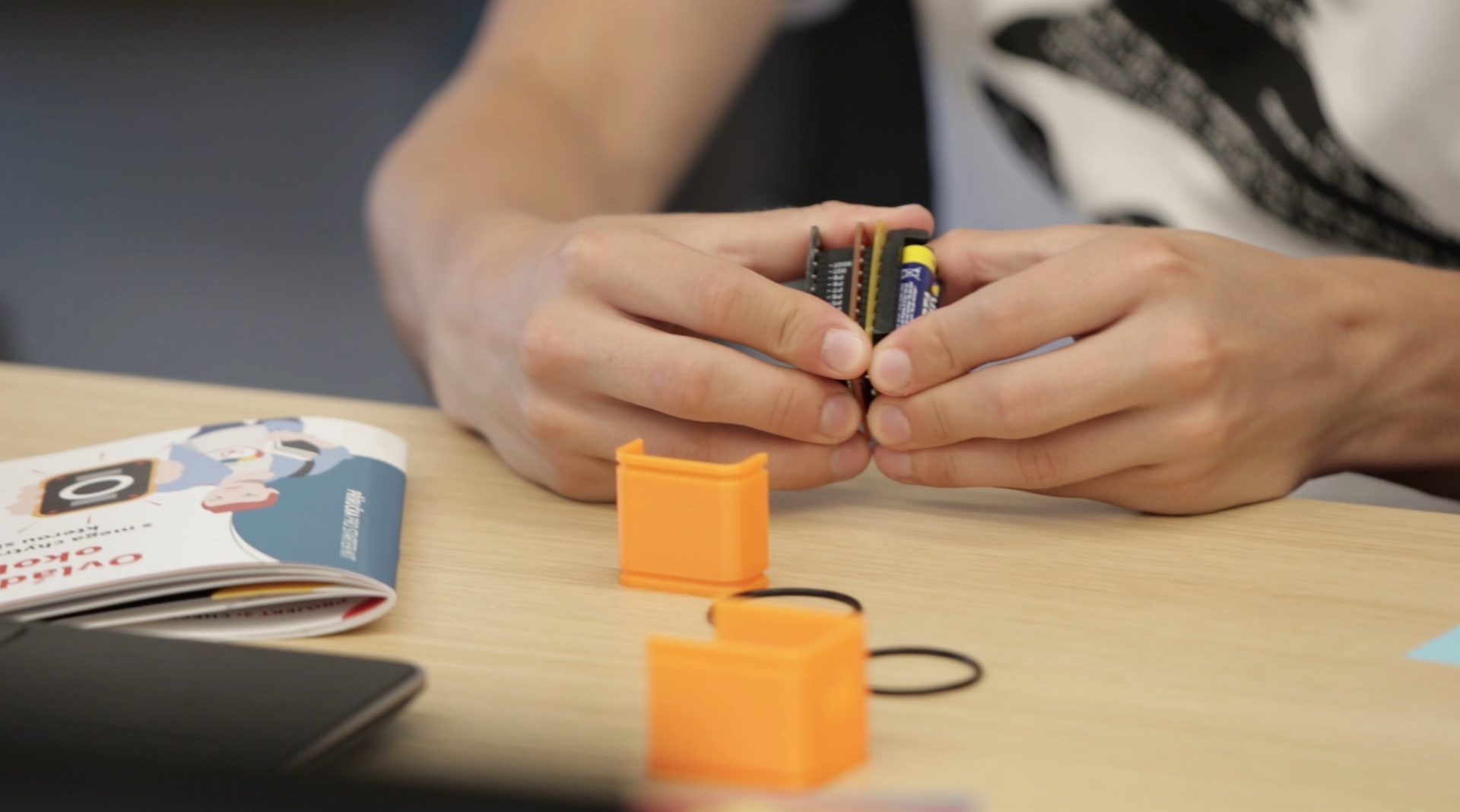 Pupils program the box according to the instructions and then compete to determine how long they can stay still in one position. When in a push-up position or doing a plank, place the box on their back and the computer displays the number of seconds they can hold the position without moving. One by one they compete to see who can break the record.

You can also program other gym games and competitions into the IoT Kit. For example, you can place the box at the end of an obstacle course. Pupils hit the button when they complete the course and their time is subsequently sent to your computer or mobile phone.

Become a teacher of the future and encourage kids to take an interest in new technologies.

Purchase the HARDWARIO IoT Kit for your school